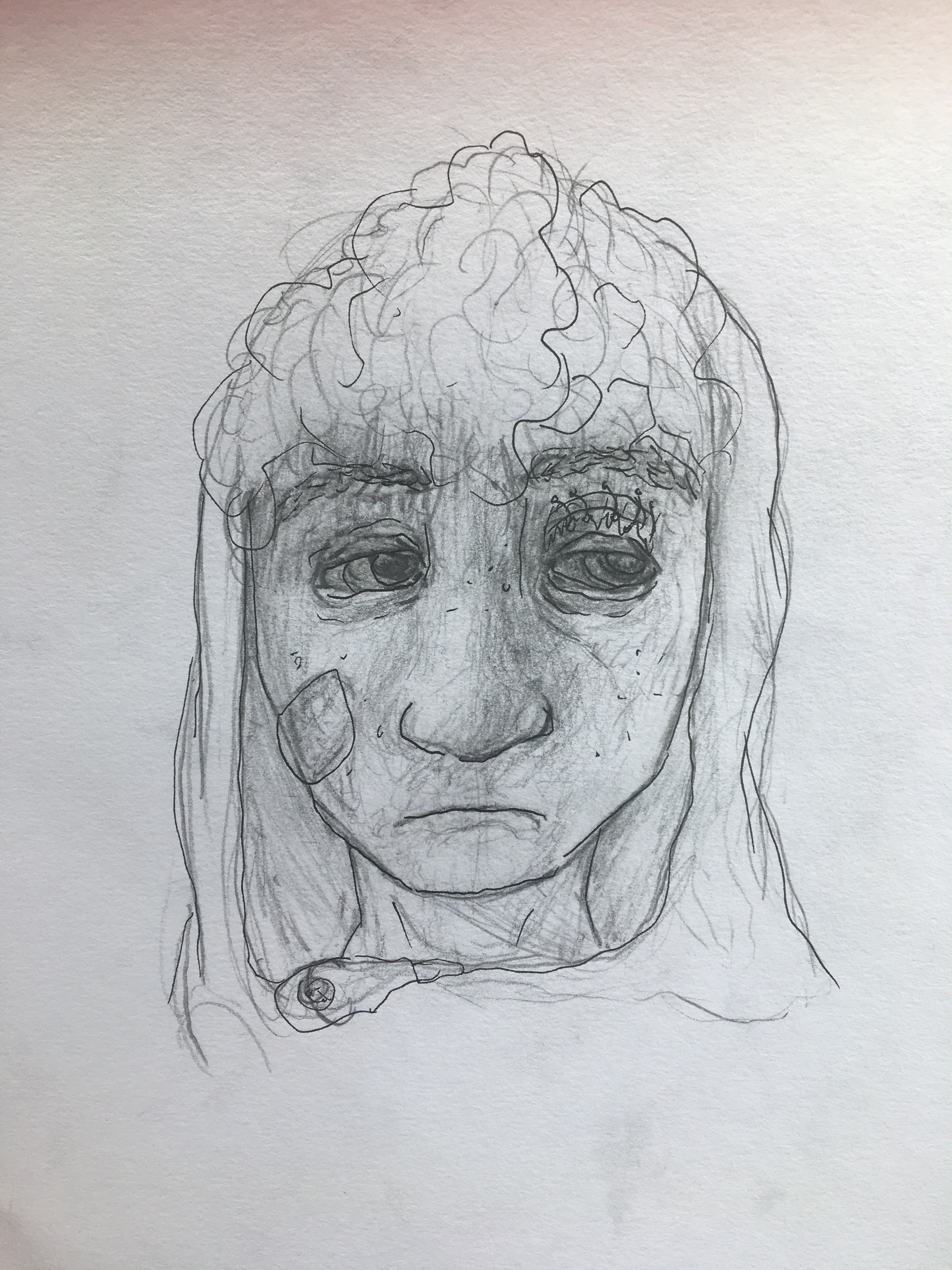 “We tell stories in order to feel at home in the universe.”

Since I was very young, drawing has been my whole life – it’s how I cope.  I grew up with my art and as my art grows, so do I. It’s a big part of who I am.

When I draw characters, they feel alive in my head like actual people. It’s all about getting it on paper.

I’ve been creating an animated story which is inspired by issues I feel strongly about. It’s based in an alternate universe where the Earth is more fragile against pollution, meaning the global warming effects happening today actually happened in the 1950s. In many ways, it’s an extreme version of today; it’s certainly not a world I want to live in.

The two main characters are Zero, a young legless boy from a genetic deformity whose mother has been taken away from him, and Raph, a basketball player. Raph is the last man alive to ever throw real basketballs at hoops – space is at such a premium that all games in this world are played virtually. Zero is placed in an orphanage by the authorities. It transpires that the orphanage want to put him down like an animal if he can’t get foster parents in time, due to the expenses of taking care of his legs. Zero escapes the cruel limitations of the orphanage and eventually meets a recently homeless doctor to hopefully fix his false legs and find his mother. On his search he meets Raph and the pair of friends have a number of intense adventures.

The truth is, I don’t know how exactly my future will plan out. All I want to do in life is to be connected to, I hope, an audience. I don’t say this often.

At the moment, I am currently focusing on my Leaving Certificate. I would love to have a creative career and to publish stories that reflect on the modern world with meaning and morals. I am eager to gain experience on many levels and would also consider branching out into film or television directing.