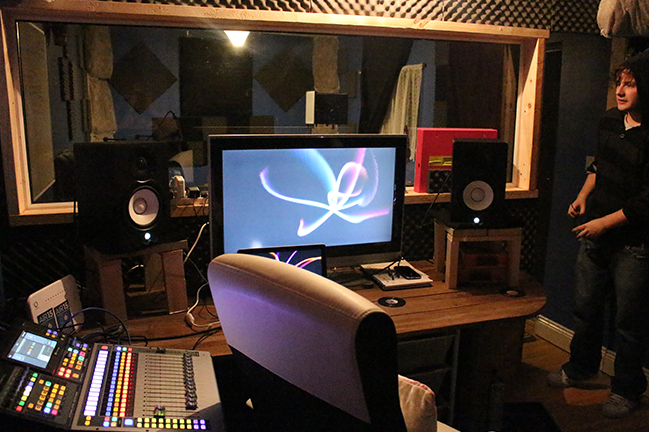 Music is one of my two greatest passions in life along with visual arts. My passion for music was encouraged and cemented by my late Mother, who always believed in my ability to succeed in building a career by doing what I love.

This song is dedicated to my Mother Marie for her love and belief in humanity.

Since September of last year, myself and my brother dedicated our time to create a recording studio. We managed to achieve this feat over the course of months using recycled materials made available to us and by investing a lot of time and money into the project. I plan to use this facility to continue to write songs, as well as record and produce them independently. The goal of this project is to release music in a format that is more suited to the modern music industry by releasing individual songs on a consistent basis, taking advantage of modern streaming services – such as Spotify to release my music and use social media to promote it. The song I am presenting is called “Declaration of Universal Love” and is the first song my brother and I have begun to work on using our studio. (It is preferable to listen on headphones). My goal with the song is to fuse popular and classical music together to create something unique. The song is currently in pre production. I plan to develop the song further as I gain more musical knowledge and experience before I release it.

My overarching goal for the future is to combine music and art to create something that empowers the listener/viewer while building a career that allows me to be artistically free and financially self-sufficient. I wish to be a freelance Music producer and Animator, always working on my own projects while being open to working on projects with other like minded people. I plan to record and produce my own music with the intention of releasing my songs once finished. I will also continue to improve upon my studio. There is still a lot of work to be done. I wish to study music production and animation in college to combine my musical and artistic visions to tell stories through sentimental compositions and imaginative animations, releasing them online via streaming services such as Youtube.